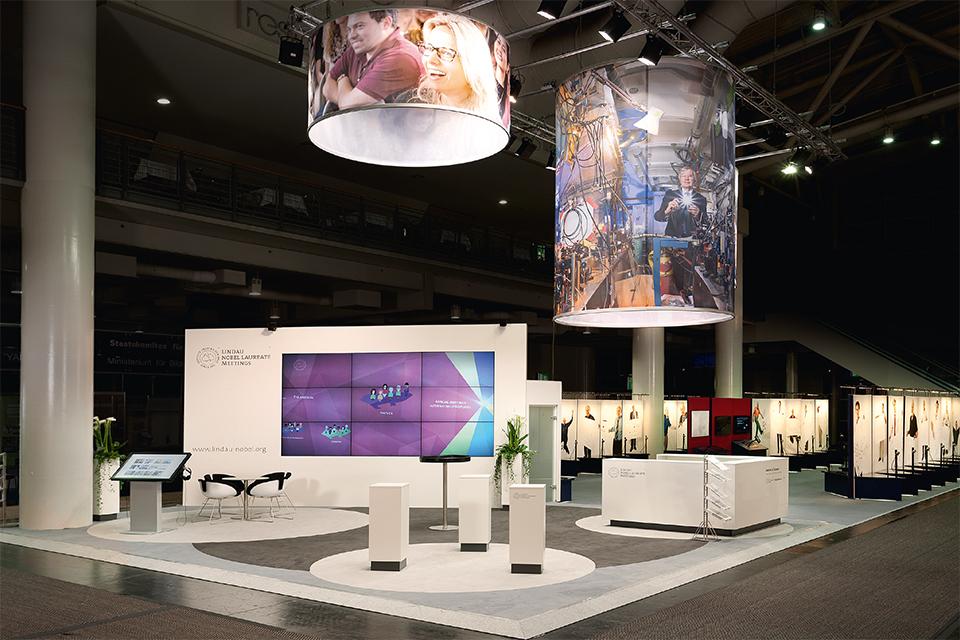 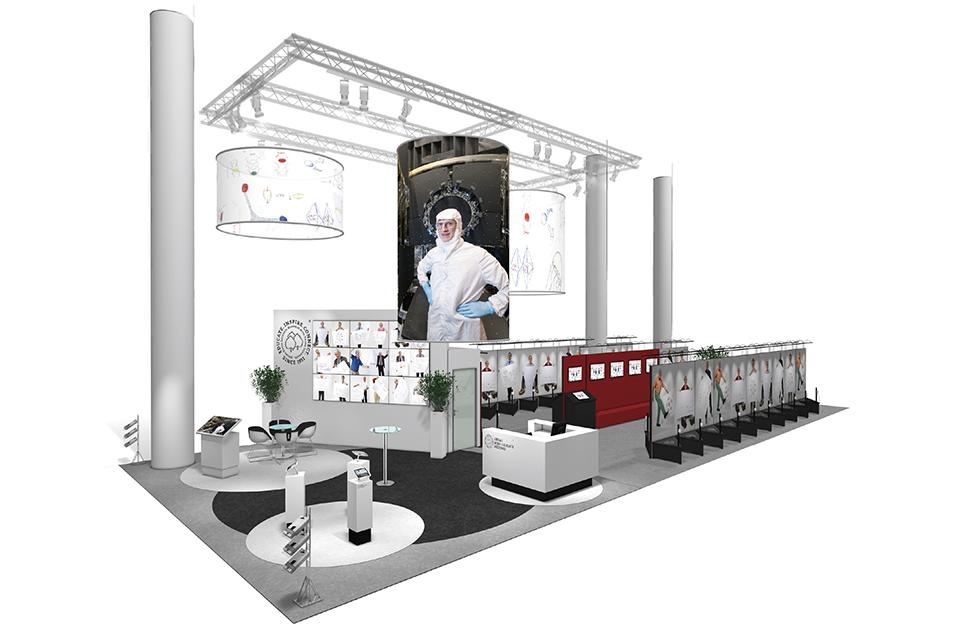 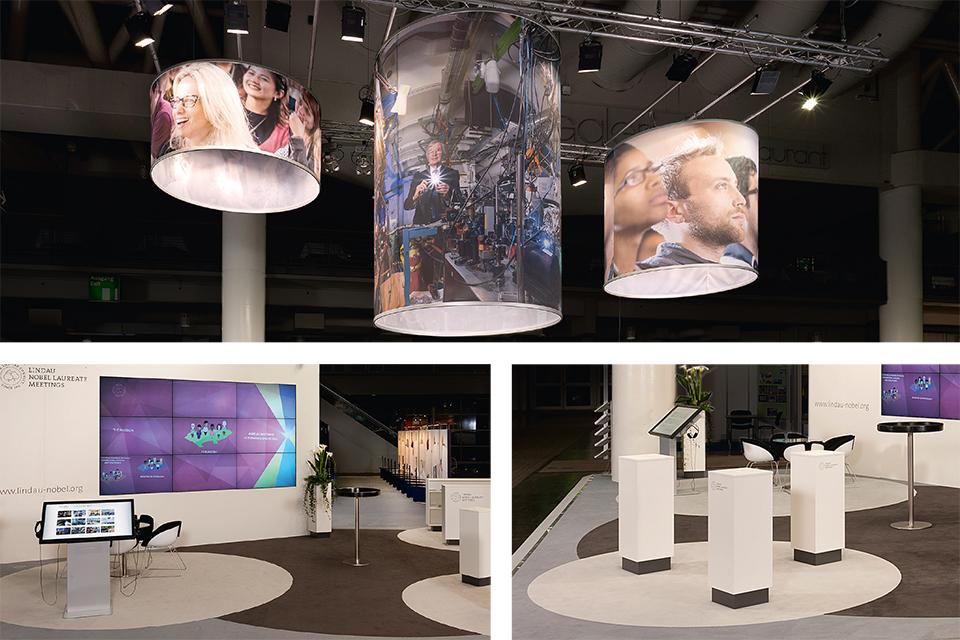 The Lindau Nobel Laureate Meetings are a world renowned forum for the exchange of information among leading researchers. Every year since 1951 Nobel laureates and selected young researchers from 80 countries have been meeting here. With the traveling exhibition "Sketches of Science", the Lindau Nobel Laureate Meetings appeared for the first time at the Hannover Trade Fair 2015 in order to draw attention to their promotion of talented scientists. MeRaum was able to create and set up the right setting for this event.

The 240 m² large stand is divided into two areas. An area showing the exhibition "Sketches of Science": In the portrait photographs you can see the individual Nobel Laureates / inside they present their award-winning research topic as an individual sketch. At the exhibition there is an adjacent information area dedicated to the project, "Nobel Labs - 360°". People having interest in this have the opportunity to learn about the scientific life of the laureates by means of tablets, a touch screen or a monitor wall in the virtual 360° space.

The 360° principle in the form of a circle has been transferred to the floor and ceiling design. 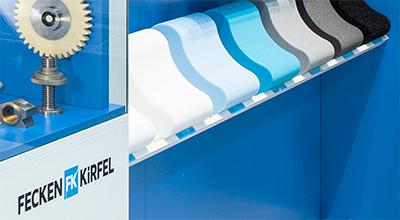 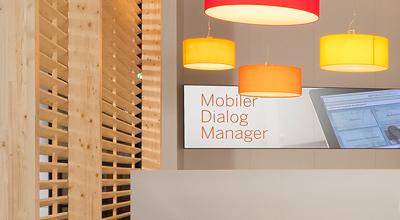 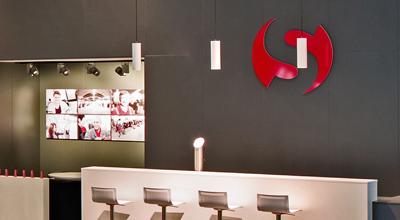