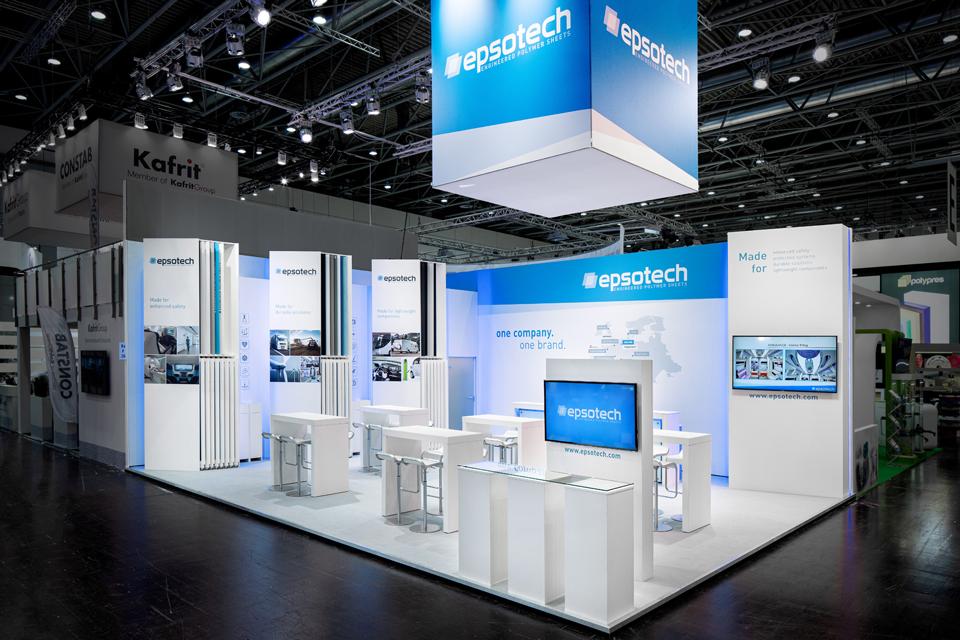 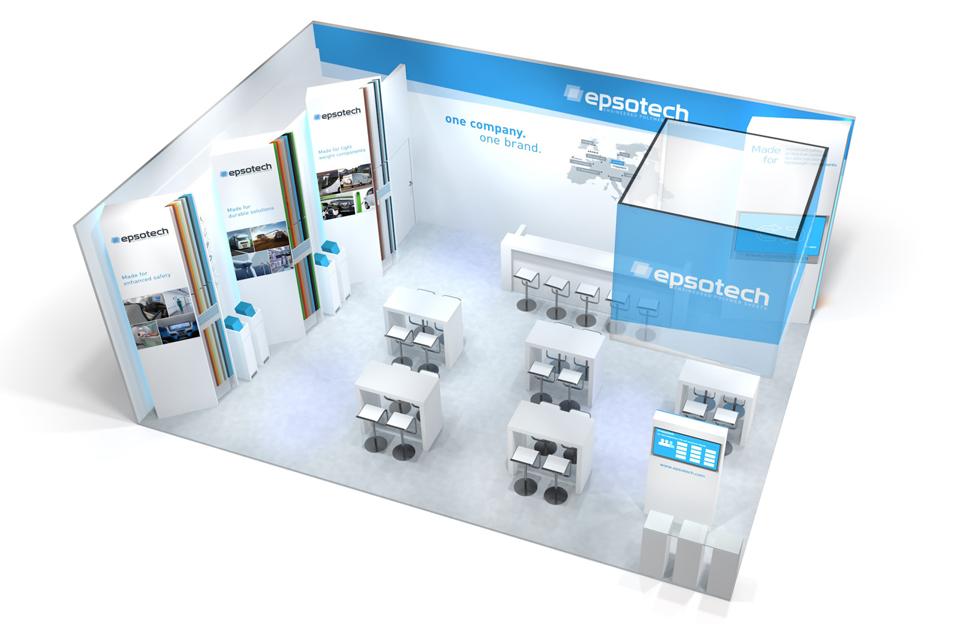 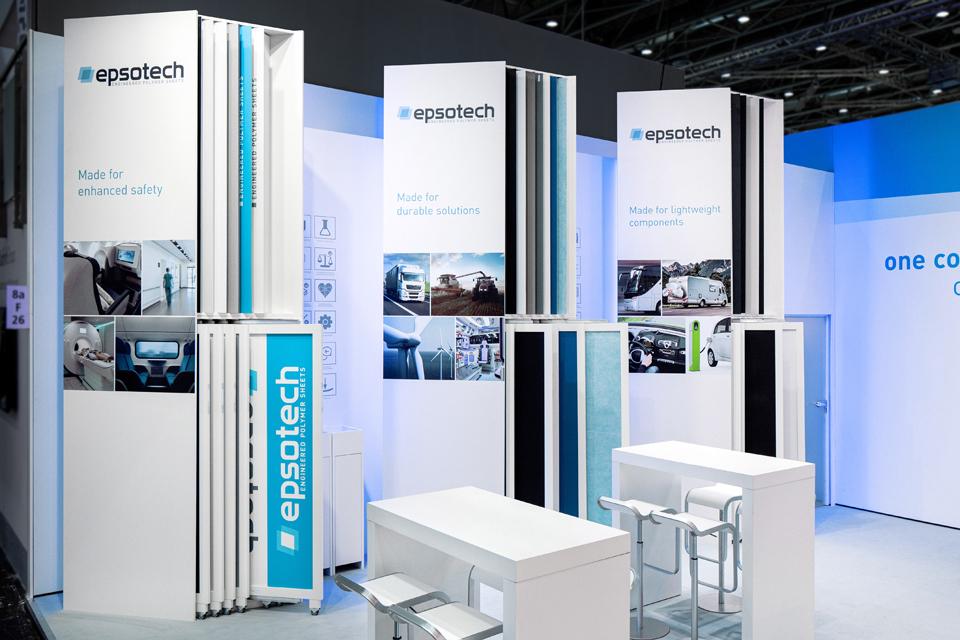 Remit | The company tasked us with creating a brand image for K 2019 that presented it as a polymer sheet manufacturer and provided an insight into the processing diversity of its materials.

Concept | We believed visitors to epsotech’s stand would be able to use their imagination, and therefore refrained from displaying any example applications. Instead, the focus was on the company’s semi-finished products, i.e. sheets and films, which we showcased big time! Due to their flat nature, we decided to present the products as oversized sample books.

Execution | When it came to implementing the design, we adopted the “big is better” approach. An entire wall was transformed into a presentation area, featuring huge sample books. Standing vertically at four-metres tall, the sample books were a real magnet for visitors. Each sample book was cut in half horizontally: the upper half was fixed and the lower half contained the pull-out samples. We designed the presentation area to look like three sample books and arranged these by topic. In addition, the sample groups and their processing options were also illustrated graphically.

Special feature | A “hidden” highlight was the cabin, which served as a functional storage space and kitchen. Our stand concept boasted a sophisticated architectural feature: Because it was constructed at a slant, the cabin had just one visible wall, on the front of which were the sample book displays. This hid the existence of the cabin behind it, which visitors only realised was there if they looked round the corner and saw the door!

A “care-free” stand – regio iT, Didacta 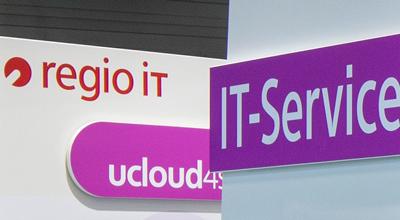 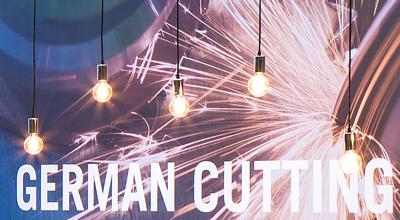 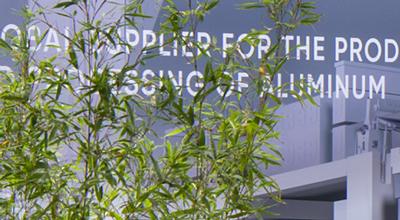