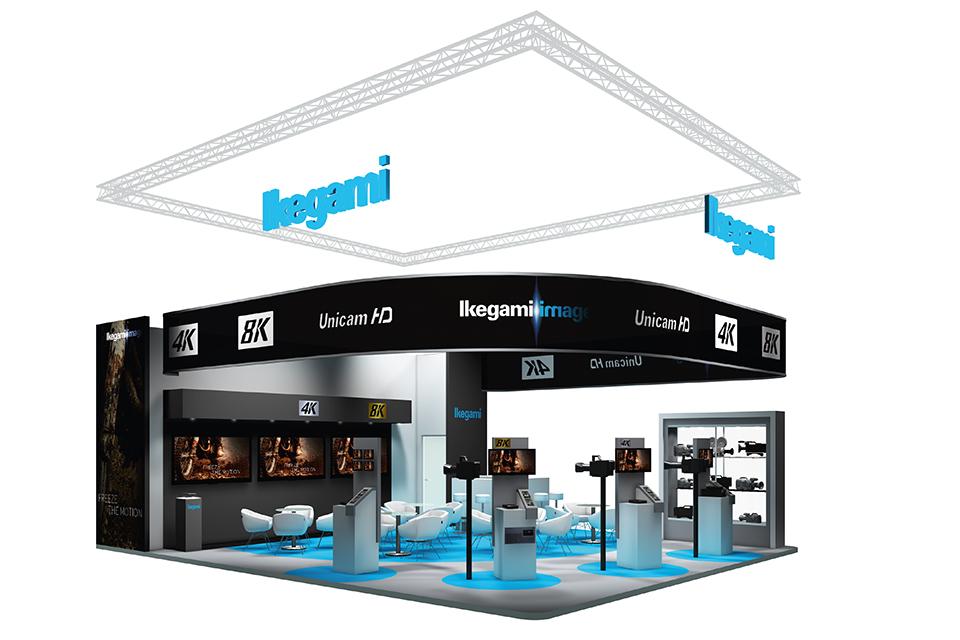 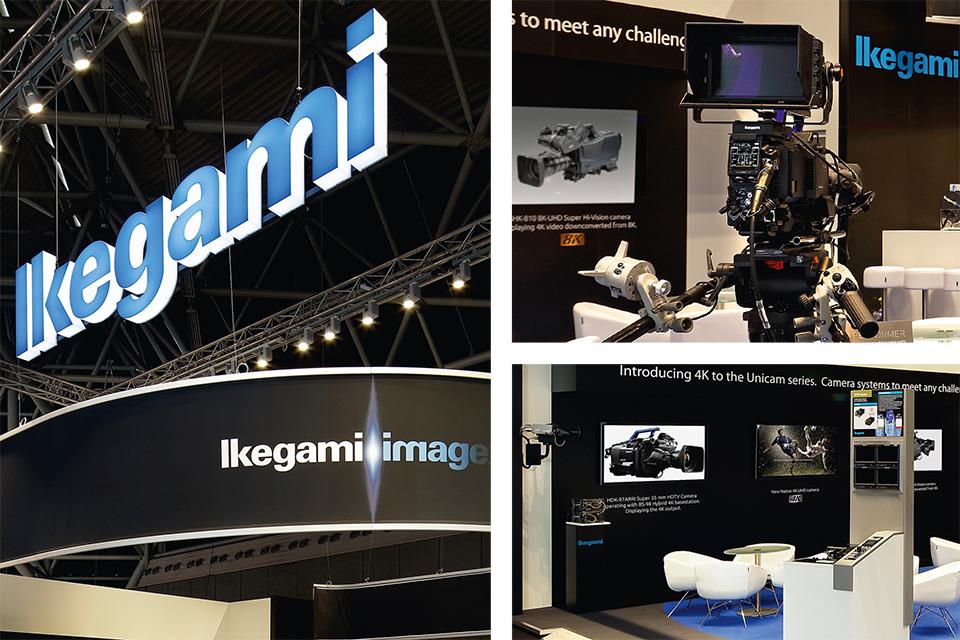 Ikegami Electronics (Europe) GmbH is one of the world's leading suppliers of motion picture technologies. At the headquarters in Tokyo, electronic cameras have been developed and produced for almost 70 years. These include innovative solutions for television and film applications, as well as monitoring and transmission technologies. At IBC, one of the world's most important specialist fairs for film, television and radio production, communication stood in the foreground at Ikegami in 2015.

Our designers have developed an open stand concept with a generous communication area in the center, surrounded by an area with several workstations with cameras. By using an interface (console) the visitor has the opportunity to use the products. The base of this fair presentation is its coordinated contrasts of shape and color. The interesting interplay of blue colored circles with angular black areas makes one curious about a product world of visual stimuli.

The effect of the more than 23 meters long banner and the two 3D illuminated logos is spectacular and simultaneously connecting, so this guarantees the long-range effect of the stand. 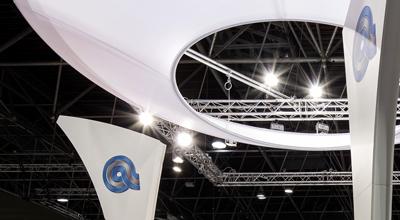 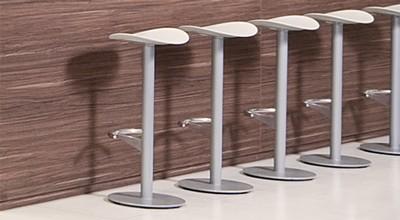 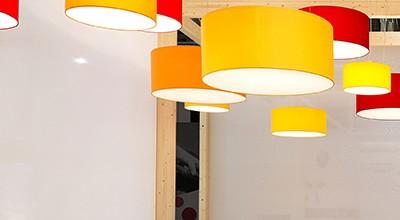